On Saturday 18th June 2022, the University of Technology and Arts of Byumba (UTAB) held a ceremony to commemorate the people slain in the genocide against the Tutsi.

The event begun with a visit of Mukeri genocide memorial site where different authorities, guests, students and staff paid tribute and laid flowers at the graves of the victims of the Genocide. 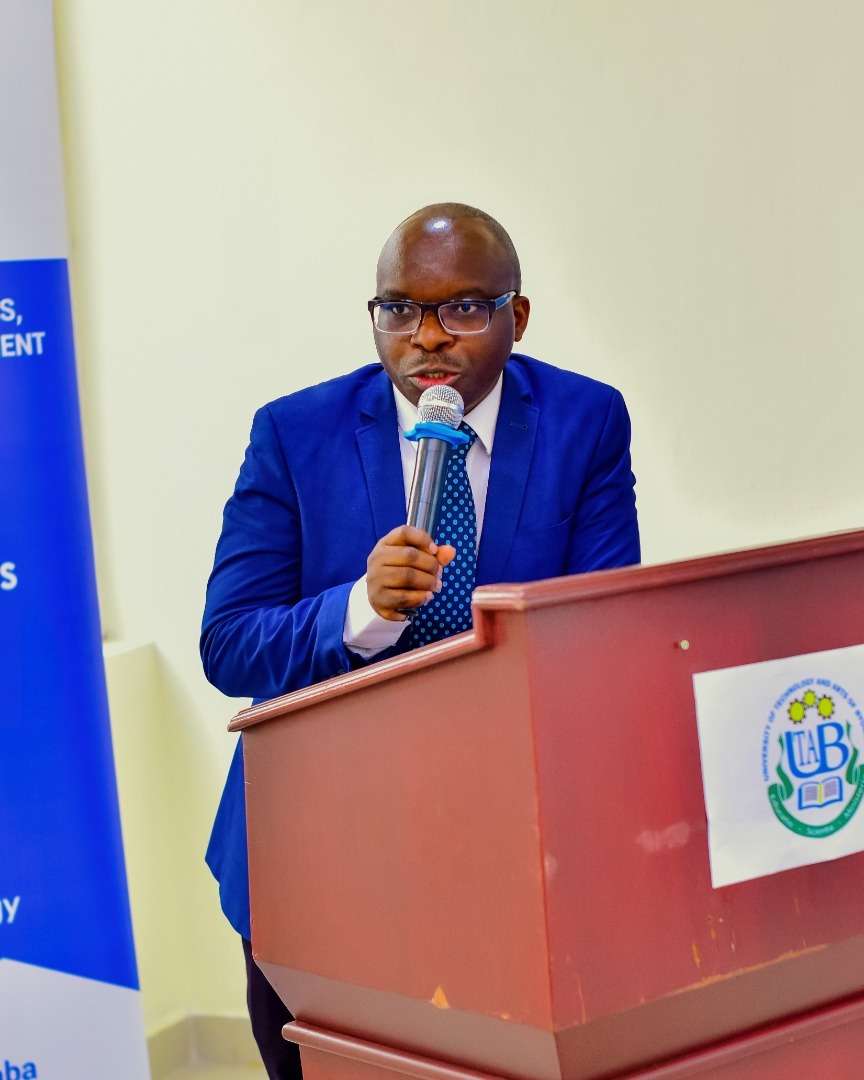 In his remarks, Father. Dr. MUNANA Gilbert, the Vice-Chancellor of UTAB, said that UTAB stands with the people of Rwanda to commemorate more than one million of men, women, and children whose lives were lost during 100 days of terrifying violence.

He pointed out that UTAB will continue to extend its support to student genocide survivors, by providing them with quality education that would improve their lives and contribute to the social and economic transformation of the whole Rwandan society. He thanked the Government of Rwanda for supporting the student survivors in providing sponsorship that enables them to perform their studies (education) that would shape their future and contribute to the development of the country.

The Vice Chancellor also expressed his gratitude to members of UTAB Student Genocide Survivors (AERG), in their courage to study and be future good citizens and the way they are showing that reconciliation is possible even after such horrible happening.

The student’s representative under the umbrella of (AERG) “the student’s association of the genocide” survivors Hategekimana Evariste, thanked the former RPA army that played a vital role to save them and their parents and thanked the government of Rwanda for the continuing support offered them in their day to day livelihood and ensuring that they are educated. Commemoration serves as a good time for all Rwandans and their friends to remember how their loved ones were dehumanized and killed. 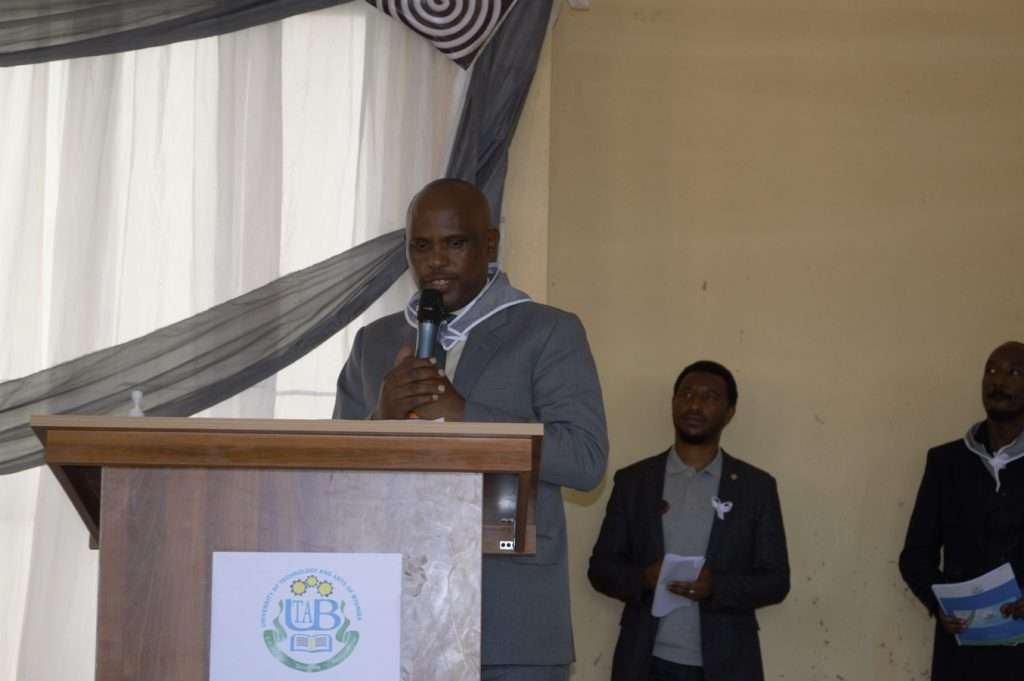 In the presentation made by Higiro Damascène ‘’on “Twahisemo kuba umwe’’ Higiro highlighted that the Genocide is prepared and executed by the government. The Government invests in teaching divisionism and discrimination into its own population through leaders’ speeches, training and arming militia groups, listing those who must be killed, etc. Higiro explained that, what happened in Rwanda in 1994, was a genocide against the Tutsi because, evidences show that successive regimes which ruled the post-independence Rwanda, prepared it for a long time, and Tutsi population didn’t have force to defend themselves. He asked youth to preserve Genocide evidences, so that they could be used in teaching the History of Genocide against the Tutsi as future generations, fighting against Genocide ideology, fighting against trivialization and denial of that history and even use it for research purposes. He concluded his presentation by emphasizing on the liberation targets namely rebuilding the unity of all Rwandans, establishing democracy, combating corruption, eliminating all causes of exile, etc and therefore urged the youth to play their role to protect what has been accomplished. 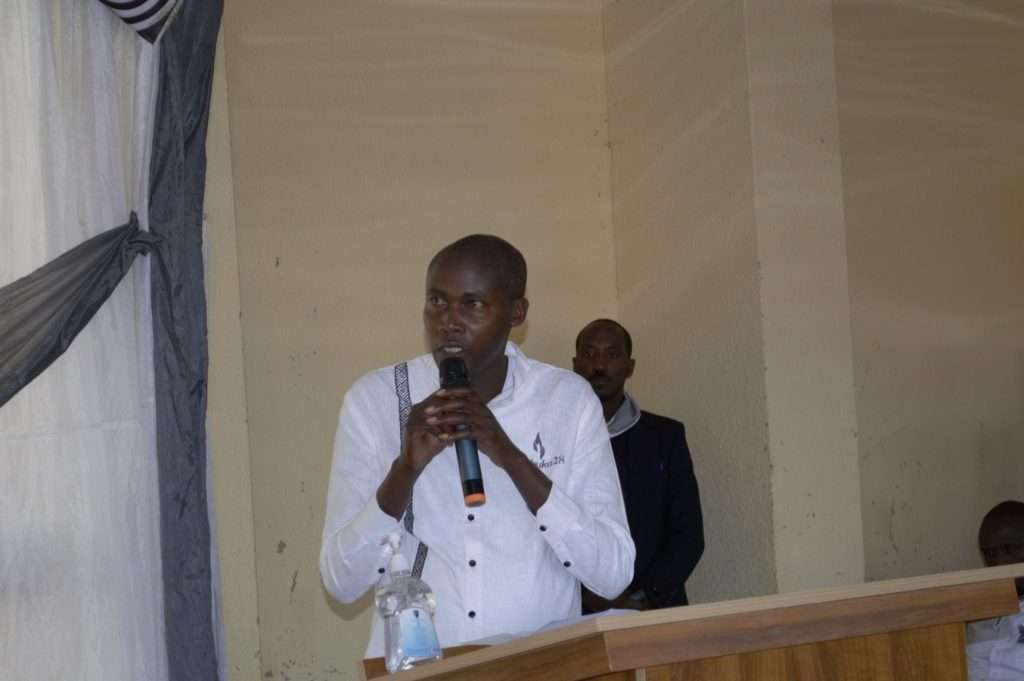 The Gicumbi President of IBUKA Mr. Kamizikunze Athanase, told the survivors and all those who lost their relatives and friends that the life is not ending here as there was a bright future for tomorrow. He thanked the UTAB Management for honoring the genocide victims and also the Government of Rwanda that put in place the commemoration period that makes people not to forget the history of their country and to continue their fight against the genocide ideology. 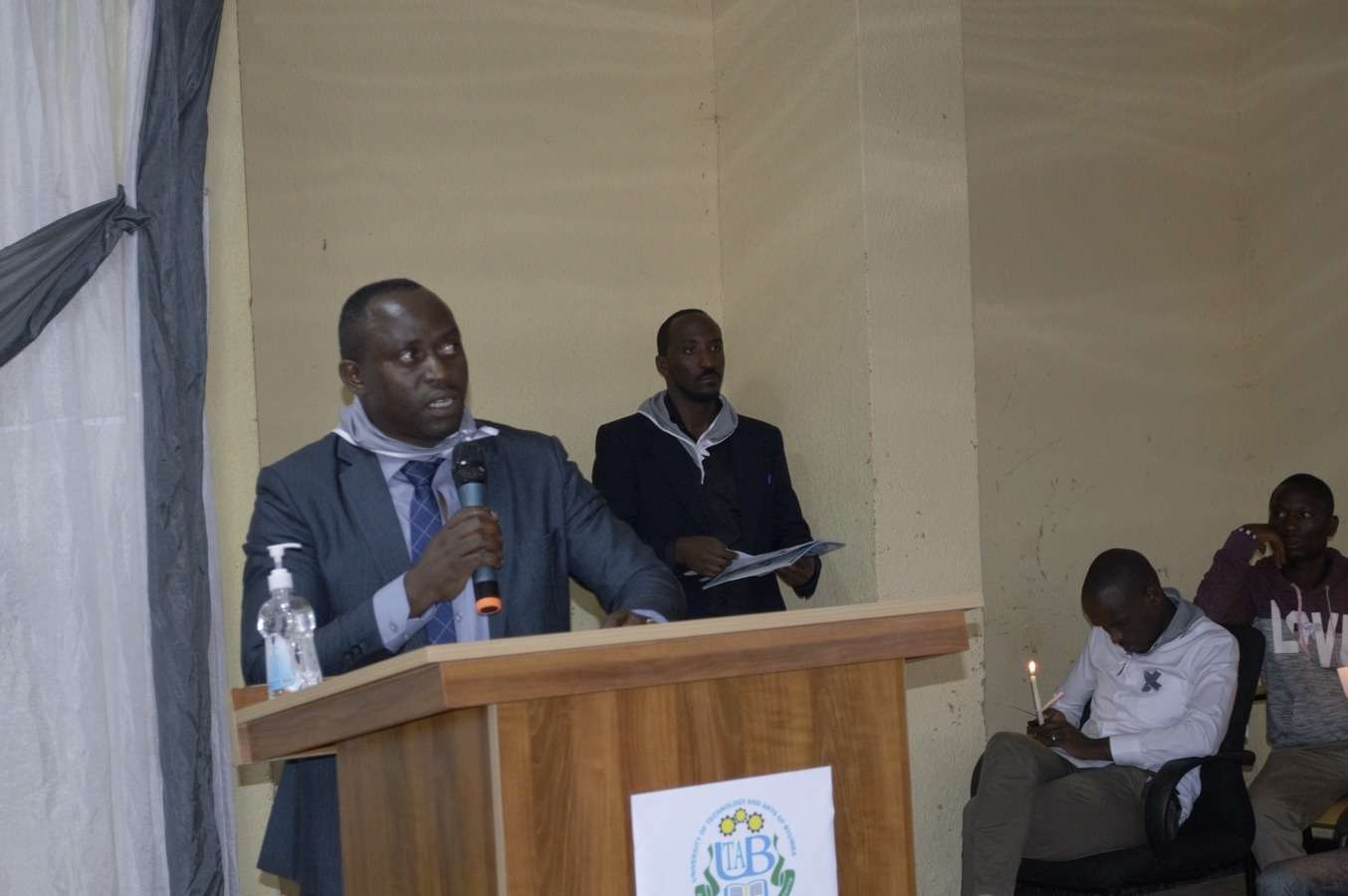 The Vice Mayor of Gicumbi District in charge of Social Affaires Mr. MBONMYINTWALI Jean Marie Vianney, who was the guest of Honor thanked the UTAB community for preparing that event and he called upon all event participants especially the youth to change the bad image of their country and to make the difference through obedience, respect and dignity to one another. “We have the obligation as today’s intellectuals to change the image of the Country through heroism and mutual respect” said the by Vice Mayor. 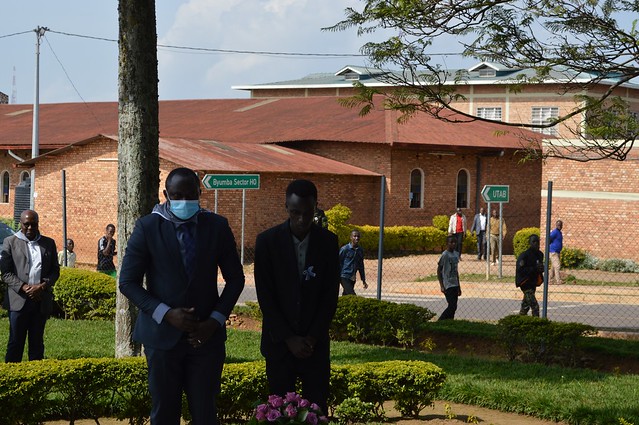